The Industrial Evolution Collection is an imaginative and dark projection of a post apocalyptic future where the human species has lost control over what it had previously manufactured.  The products of industry that were formally used as vital pieces in the construction of the human’s built environment are now alive and have begun to assemble, grow, and think independently from their original creator.  Evolution is rapidly taking place.  Fruit or larva is present, indicating that they are now capable of reproducing.  Bioluminescent features activated only in response to human touch have been discovered.  Although a strong exoskeleton is apparent in all forms, cantilevered limbs and extensions suggest the presence of either a rooted substructure and vehicle to acquire sustenance or an additional internal structural or balancing system. 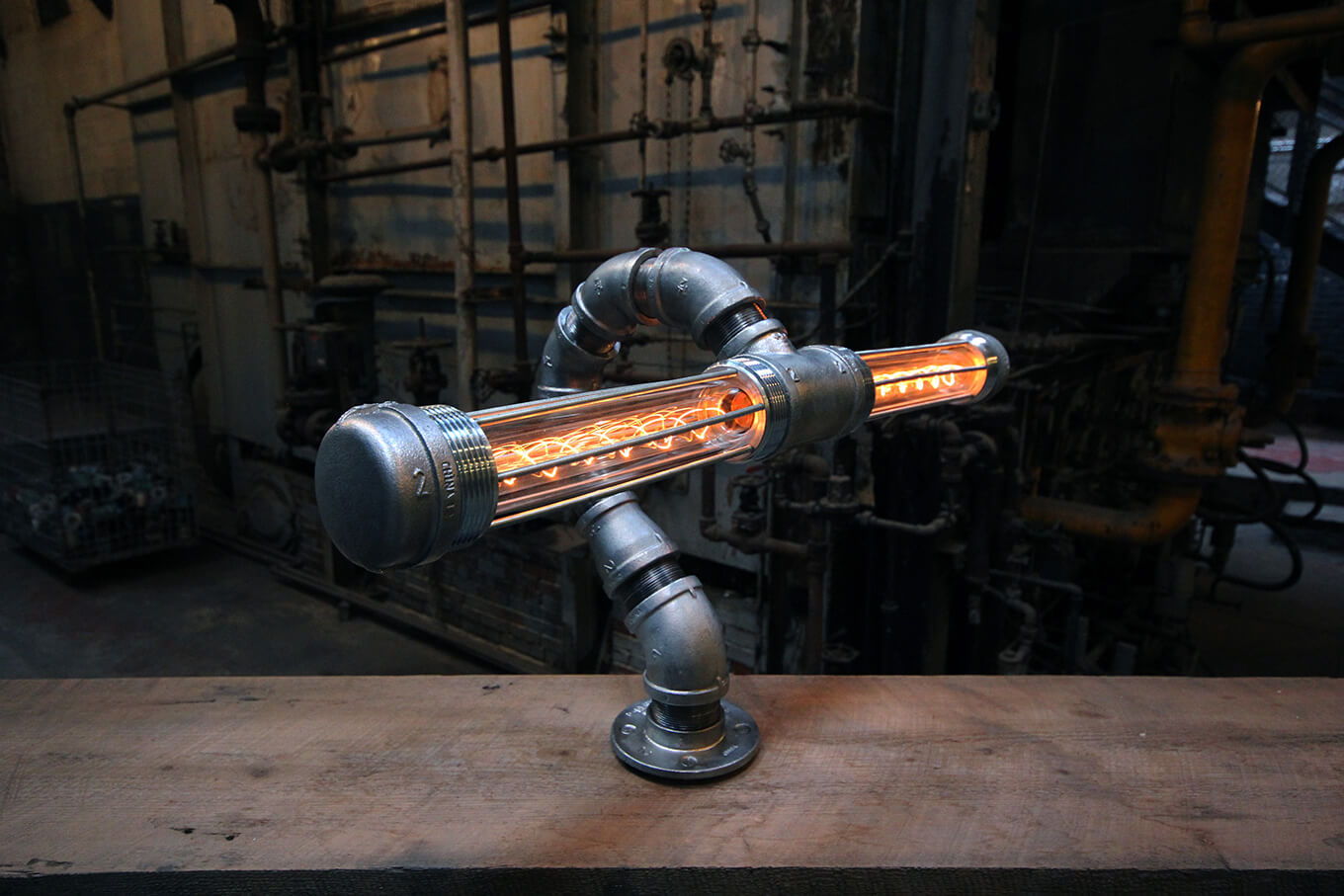 In the midst of a post apocalyptic world where the manufactured pieces of the human’s built environment began to assemble, grow, and think independently from their human creators, The Industrial Evolution Collection was born.  Evolution is rapidly taking place.  Bioluminescent features, activated only in response to human touch have been discovered.

Their cantilevered extensions suggest either a rooted substructure or an internal structure, in additional to their exoskeleton, to accommodate the load and span of their limbs.  Each creature or organism in The Industrial Evolution Collection is composed of corrosion resistant material, either galvanized or zinc plated, and is suitable for indoor or covered outdoor use.  Their brain, or internal touch dimmer, is activated in low, medium, high, and off settings and will cycle through when any metal part is touched.  All lamps and sconces in the collection can be hard wired with the internal touch dimmer intact or with any hard wired wall mounted dimmer switch.  The desk lamps include a six foot black cord.  Our proprietary light housing assembly offers easy relamping of the light bulb.  US and Foreign Patents Issued and Pending.